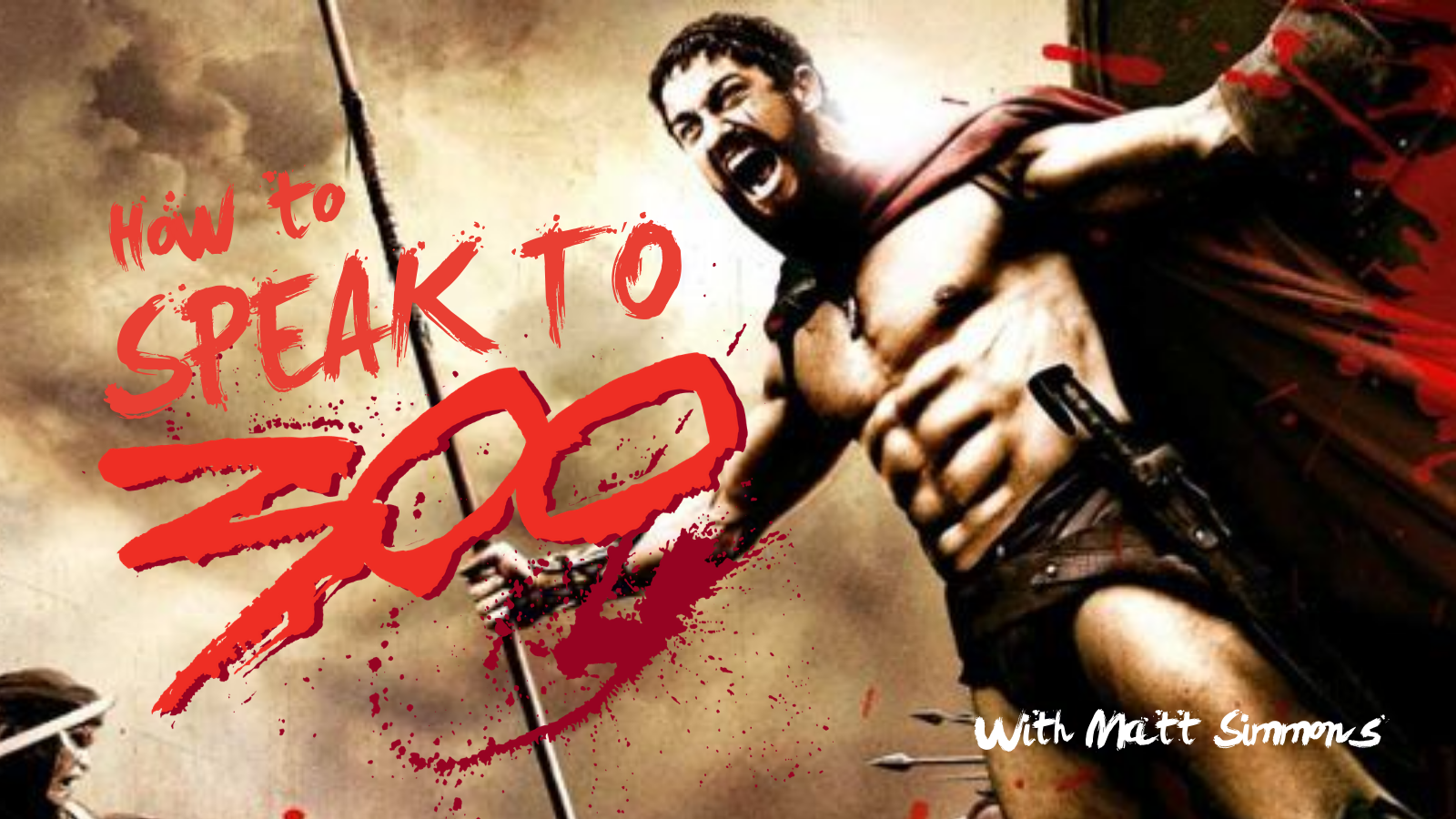 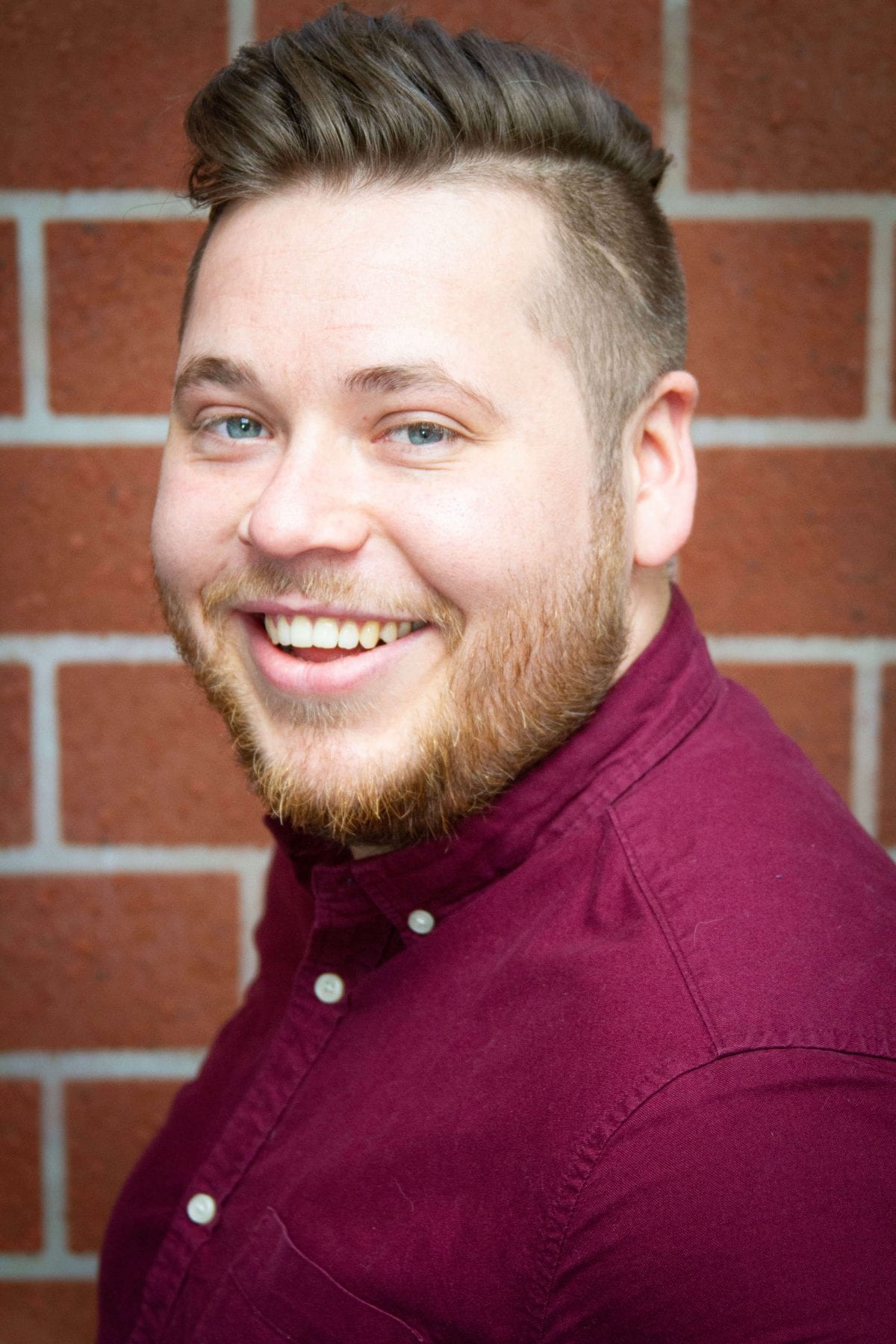 Matt is our Digital & Training Geek. From celebrity accounts to seven figure businesses Matt has woven his magic. Formally a lighting technician on the sets of Jersey Boys and Shrek the Musical, his specialist knowledge will help illuminate your e-commerce business. Matt organises all our online training content both on the Hub & for the Sales Geek Academy. It’s not easy herding Geeks but Matt somehow manages it seamlessly. At weekends you’ll find him bombing at Comedy Store Gonzo nights with his “stand-up” routine!

Even if you don’t make regular presentations, there will be situations where good public speaking skills could serve to advance your career. Being a confident speaker can enhance your reputation and may open up opportunities. However, while good skills can open doors, poor ones can close them. Sitting through a badly-delivered presentation is embarrassing, however relevant the content may be. You could find you lose a valuable new contract by failing to connect with a prospect during a sales pitch, or fail to make the right impression with your new team.

And it’s worth mentioning that good public speaking skills are also important in other areas of life. You might be asked to give a vote of thanks, make a speech at a wedding or give a eulogy for a loved one.

Some people are naturally competent speakers, but next time you find yourself admiring someone at an event who seems to hold the audience with minimal effort, remind yourself that they may have spent many hours learning this skill. This is the good news – speaking in public is a learnable skill. The following strategies will hopefully give you a start.

That's it - couldn't be simpler

Okay, so there’s a little more to it, but the number of people who stand up to give a speech and decide to wing it is ridiculous. Speaking in front of people is scary, so why do people make it even more scary for themselves by not planning what they’re going to say? Just thinking what you’re going to deliver five minutes before standing up doesn’t count as planning because the second you stand up the words you planned to say will have decided to go home early, leaving you umming and ahhhing, which will unnerve you and bore everyone else.  There’s an old saying many of you reading this will be familiar with:

Below are some script-writing tips.  Don’t write it out in size 12 font, leaving no spacing or paragraphs, this will just lead to you losing where you are on the script, begin to panic and fumble. Instead write it in a large font, and break the script down into sentences or short paragraphs that allow you to easily see what is coming next allowing you to keep your place in the script.

There’s no need to use traditional punctuation! when writing a speech. You will be too concerned with saying the right words that you will ignore all punctuationleadingtoyoutalkingreallyfastnottakingabreath, causing you to stumble over your words. Instead, put slashes in to mark where you should take a breath/ or hyphens where you should pause – for effect. Over time, you’ll work out your own system to support the way you deliver the content.

But writing down what you are going to say is not the end of the planning stage. Once you’ve written your script, stand up, practice aloud, use a mirror or a friend who can give you feedback. You will come across parts that may look good on paper, but simply don’t flow when spoken aloud

2. be clear about what you intend to cover

We all like to know what the plan is, so share yours with the audience. Tell them how long you will address them, what you intend to talk about and whether you prefer questions at the end (larger groups) or as you go along (suitable for smaller groups). Stick to your plan, and at the end, give a short summary.

A well-chosen anecdote or quotation can round things off neatly and leave everyone with something to think about.

Invite questions, but set a time limit. Nothing takes the edge off a great presentation than endless questions with certain individuals taking your time to deal with a personal issue. Invite them to chat to you later or get in touch when you can offer to address their issue in more depth. If someone asks a difficult or rather controversial question, don’t panic! Compliment them on their question and if you can’t answer, admit it’s tricky and offer to get back to them.

3. how to feel as if you are speaking to three people when you're actually speaking to 300

Don’t be deceived, speaking in front of people isn’t easy – your heart rate increases, your palms are sweaty, knees are weak, arms feel heavy. If you don’t want to end up with vomit on your sweater, then read on.   When you stand up in front of an audience it’s easy to feel overwhelmed by the group in front of you. As you speak, your eyes wander frantically because you want to make sure that you give your speech to everyone in the room, as opposed to just speaking to the floor in front of you. Try to pick three points (or people) in the room that you’re going to address, one to the left, one in front and one to the right. As you’re giving your speech, you’ll cycle through each point a few times. This will allow you to focus on addressing three people, but will give everyone in the room the feeling you are speaking directly them.

4. Your audience is pulling for you.

One thing I have frequently come across in public speaking are people who constantly worry that the crowd is against them. I often hear;   ”But what if i mess up, people will laugh?”  “They won’t listen to me if I stumble over a word.”   Well, I must inform you that the above comments are a load of rubbish. When I started doing stand-up comedy at Uni, it was summed up to me very simply. No one watches a public speaker or comedian and wants them to be rubbish, that’s like going to a restaurant and wanting the food to be bad. We naturally love to laugh with the Best Man at a Wedding, listen politely to the vote of thanks, take in every word of the good training course.   When you stand up, everyone is listening to you, everyone is hoping you will do well, and everyone will be impressed that you have had the courage to get up and talk in front of people. If you stumble over a word, just stop for a second, take a deep breath and then continue. Public Speaking isn’t easy, so remember, before you stand up, remind yourself that the audience are on your side – they want to listen to a good speech.

If you do spot the phone-checker, the whisperer or, heaven forbid, the guy at the back dozing off, don’t let this put you off. If anyone is causing a distraction, look at them, wait until they have finished talking or scrabbled frantically to silence their phone before you continue. This kind of behaviour is rude and there is no way you, and the rest of the audience for that matter, should put up with it.

Adopt a confident posture with your head up and your shoulders back. Even if you feel very nervous, standing tall will enhance your confidence. And don’t forget the effect of a smile before you start, it will put the audience and yourself at ease.

The secret is to convince everyone in the room that you are relaxed and confident and happy to be in their company. In the end, you may also succeed in convincing yourself! 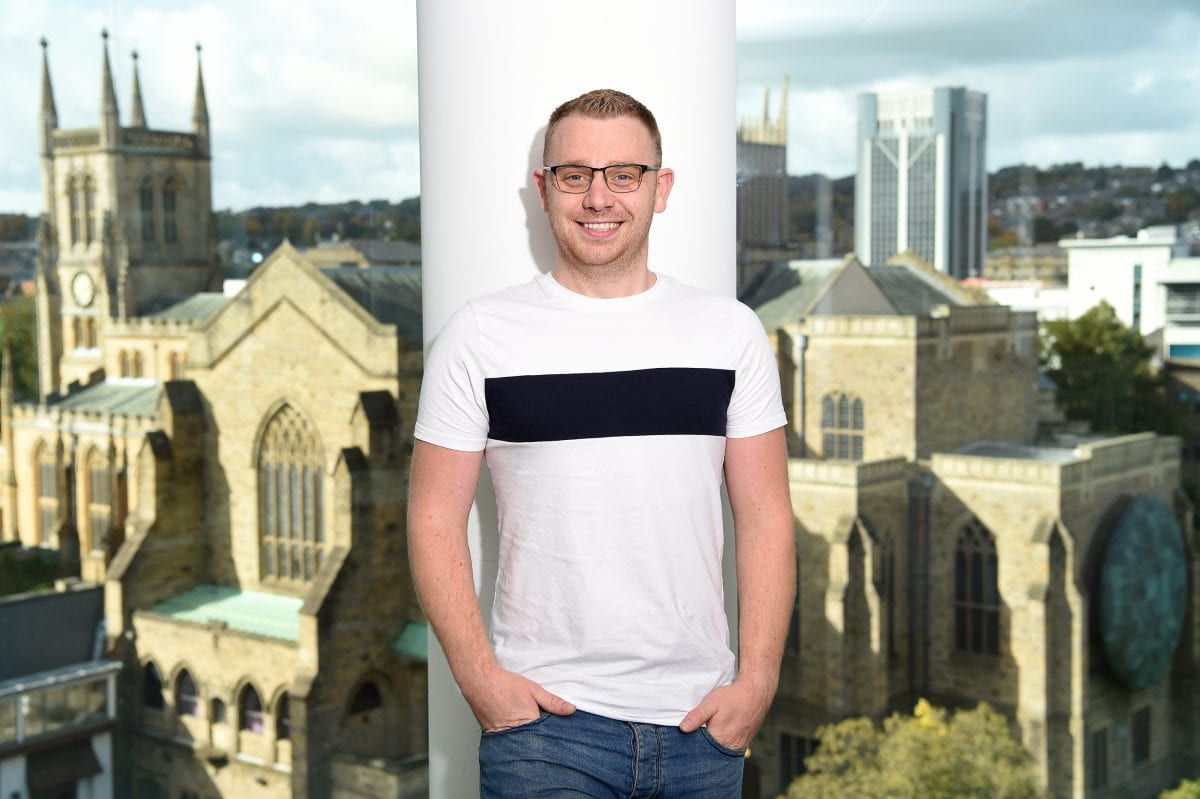 TAKE FROM THE TIGER KING 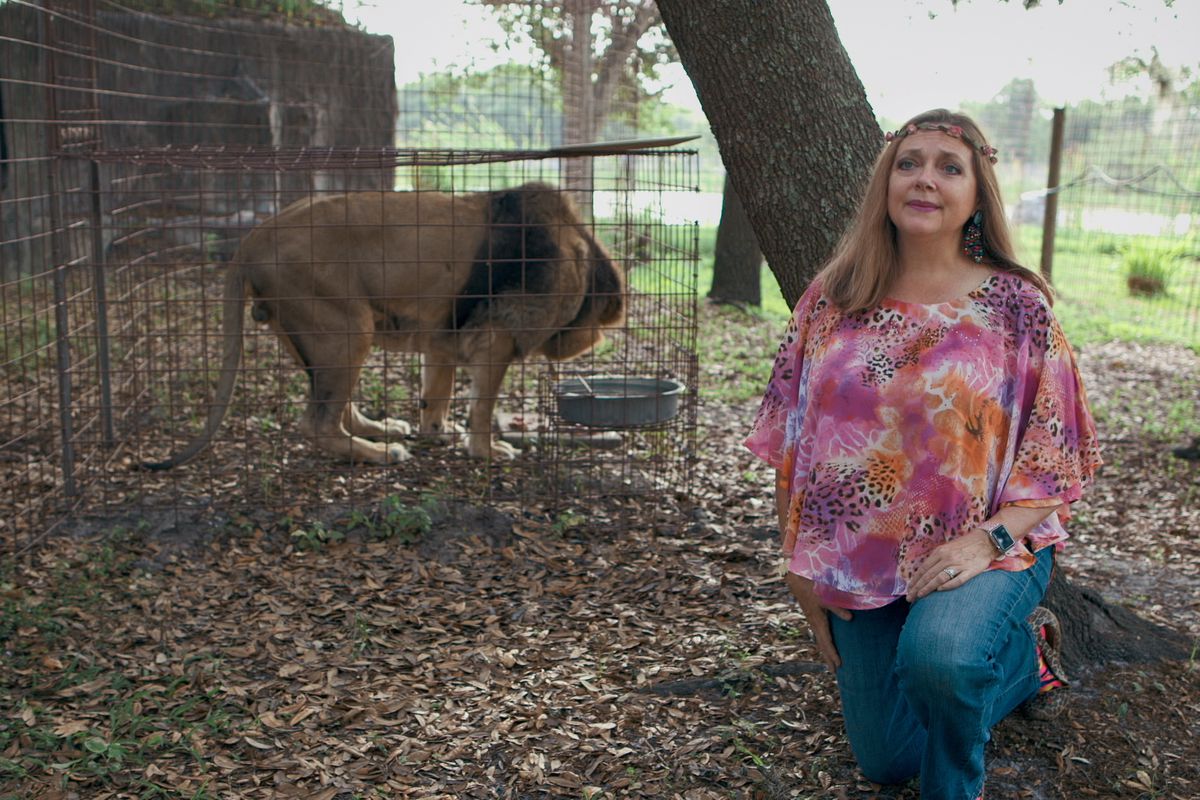 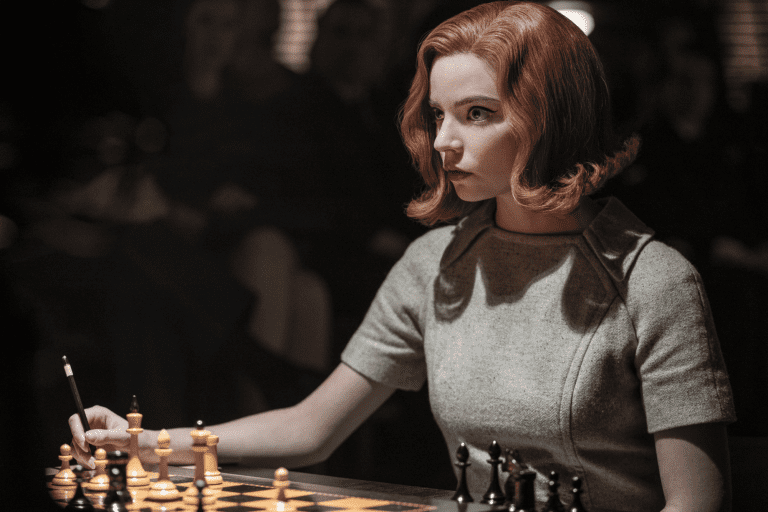