Business Lessons To Take From The Tiger King 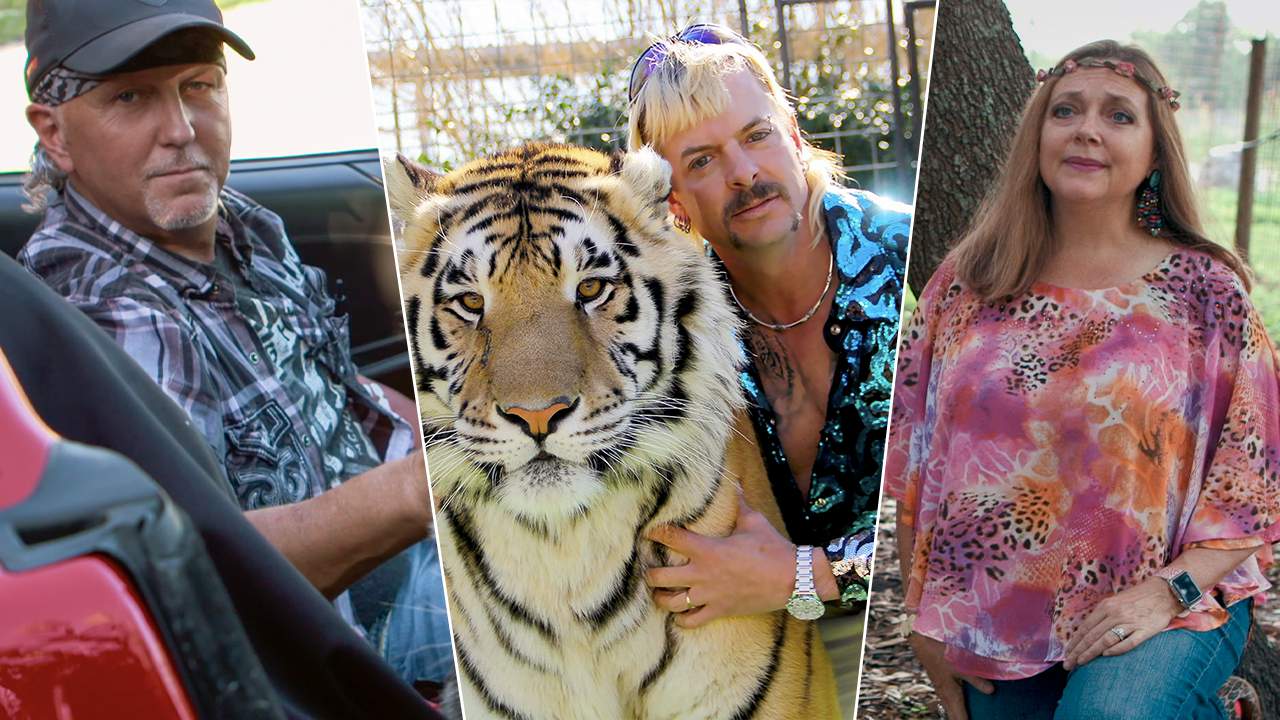 If you’ve read any of our blogs before you will know that we see many movies and cultural touch points as allegories of our business dealings, and the latest Netflix phenomenon, Tiger King: Murder, Mayhem and Madness, is no different.

So what business lessons can we possibly learn from a…

polygamous, one-time owner of a private zoo with over 200 tigers and other big cats, a man who ran for president of the United States and governor of Oklahoma, who sometime after, may have tried to hire someone to kill a woman who is rumoured to have allegedly killed her millionaire first husband and fed him to the tigers?

Below we have listed five lessons we have picked out from the series. It doesn’t matter if you haven’t watched it yet, though you’re pretty much on your own there!

(We know there are some serious animal welfare issues at play in Tiger King. We ask you to park those for now and examine some wider themes!) 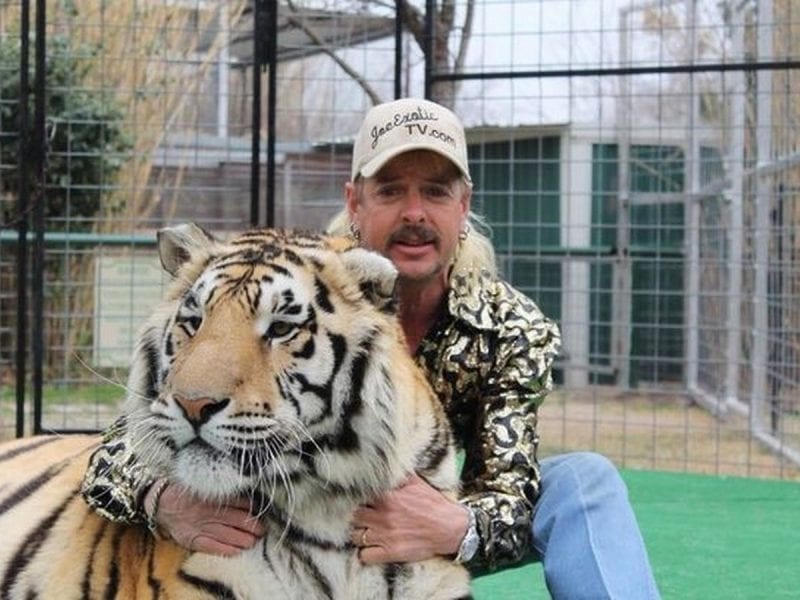 We have used the tiger as metaphor before (see what The Hangover teaches about business?) and it is still just as applicable.

Tigers are large powerful killing machines wrapped up in beautiful clothing, prowling around the perimeters of cages looking for escape or their next meal.

Many of the big cat owning cast of the series, including Joe Maldonado-Passage (Joe Exotic), started out with the good intention of trying to protect tigers. But soon they all became enthralled and ultimately poisoned by the attraction the tigers afforded them. The big cats became living, breathing and admittedly beautiful, props! They were fuel for the ego and substitutes for real character and courage (it is no surprise that Joe Exotic also had an affinity with guns too, as they offered him exactly the same thing the tiger’s did). They allowed the cast of characters to show off their ‘mastery’, becoming their artifice of profit.

Ultimately, the tigers were substitutes for the real power, authority, fear and mastery that our protagonists lacked. They ended up chewing everyone up, metaphorically and in some cases, horrifyingly, literally!

Big cats being held in private hands doesn’t (to the extent of our knowledge), seem to be as big a ‘thing’ in the UK as it is in the USA. But their metaphorical counterparts are all around us everyday, waiting to jump out and consume us.

We ALL have at least one Tiger caged up somewhere inside us. Some are still small little cubs that we don’t yet recognise as terrifying beasts. Some of us might have a ravenous killer prowling within us everyday!

Open the cage, let them out, let them escape, because whilst they live with us, they control us and bring out our worst instincts. That can be scary because we are naturally afraid, like we would be releasing a real tiger, but the minute we do it is the minute we are free!

<<<Find out Eleven Ways Stranger Things Helps Us Do Business?>> 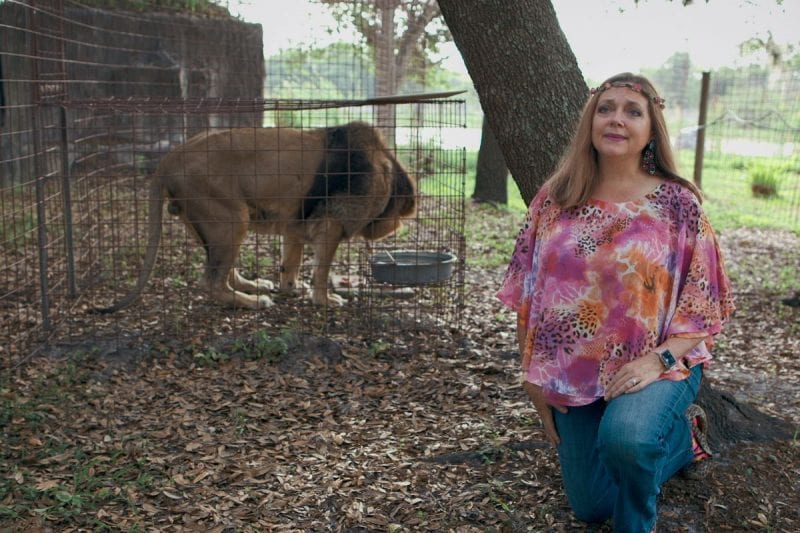 Carol Baskin is the owner of Big Cat Rescue a ‘rival’ big cat zoo in Florida. And she literally drives Joe Exotic mad in the end. He becomes consumed by her, constantly angered and incensed by her very existence. And even though she isn’t in direct competition with him (there is 1,300 miles between Oklahoma City and Tampa Florida) his unhealthy obsession leads him to some very dark places and ultimately to 22 years in a federal prison, convicted of ‘Murder for Hire’ against Carol.

We don’t all have the personality shortcomings of Joe Exotic, but it’s worth a reminder that whilst we should definitely be keeping an eye on our competition, we shouldn’t be fearful of them or driven to distraction. The very fact that we have successful competitors shows us that there is a market for what we do. So embrace it – our competitors haven’t all allegedly killed and chopped up their former husbands!🤓

Is Jeff Lowe Your Friend?

Not everyone is your friend!

One of Joe Exotic’s biggest failings was he trusted the wrong people. He brings Jeff Lowe into his business when he is crippled by legal debts accrued from misconceived copyright infringements. It’s the beginning of the end for Joe and his zoo. 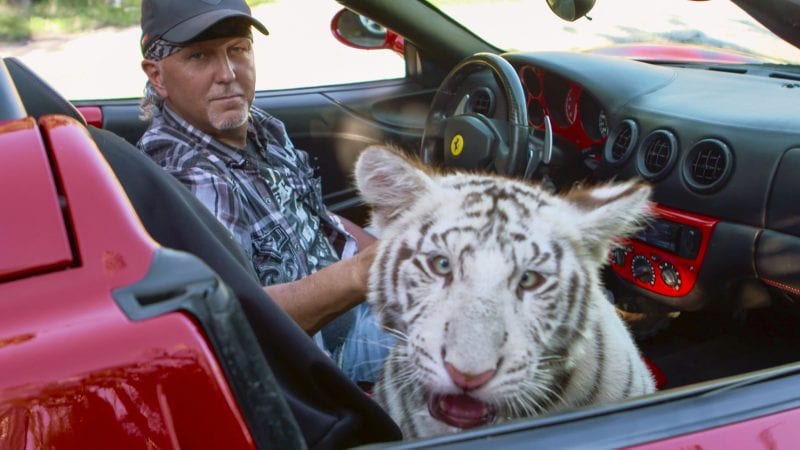 Be careful, not everyone that whispers sweet nothings in your ear has your best interests at heart. That might sound cynical but we all know it to be true. And yet we often throw away our natural caution when it comes to business, particularly when it seems a person appears as a guardian angel. Be wary!

The message here is: Do Your Due Diligence.

Not every new business partner is aligned with your values and aspirations – even if they say they are. Be extra cautious when you feel you NEED what the person is offering you. Trust your instincts, but don’t rely on them entirely. Be careful, even with and especially of, the self-confessed ‘nice guys‘. Don’t give your trust away like it’s a worthless trinket.

This all might seem cynical, but if your “fingers have been burned”, this will resonate strongly. 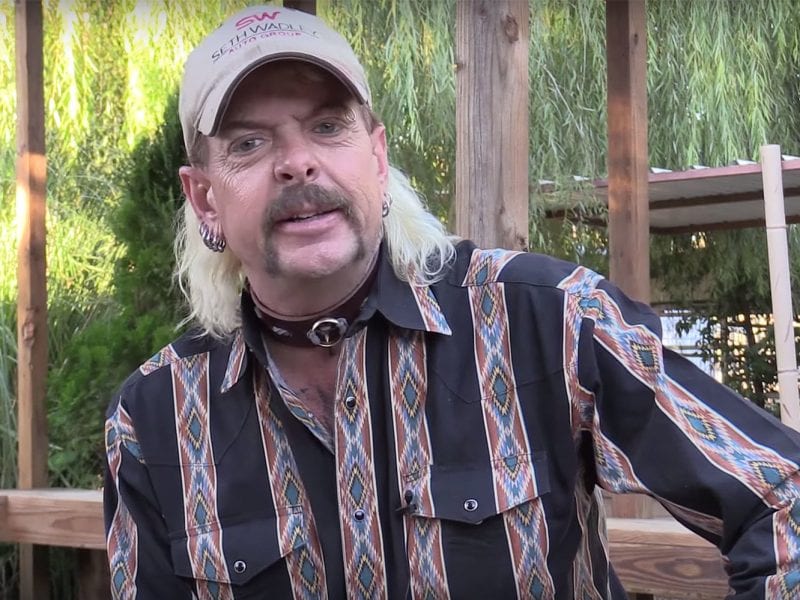 Joe is currently serving 22 years for various animal welfare crimes and for ‘Murder for Hire’ after his obsession with Carole Baskin drove him over the edge.

Rick Kirkham former crack addict and the one time documentary film-maker for Joe Exotic said that Joe eventually “just forgot about the animals”. He became more concerned about his image, his music videos, his run for President and pretty much left his staff to run the zoo.

And now the zoo is gone and Joe is incarcerated.

We know that for Joe the tigers became props. They gave him minor local celebrity status and fed his ego and delusions of grandeur. That may not be our fate!!! But hopefully it shows us not to abandon what ‘got us here’ and to stay true to ourselves and value the people around us. There were some great people working very hard for Joe, who were there for the right reasons and continued their tasks when there was madness all around. He abandoned them as much as his tigers as he tilted at windmills. Maybe they were the people that could have saved him? Maybe these were they guys in whom he could have found redemption? We don’t need to interpret that to understand the lesson from it.

We have delved inside the crazy story of Tiger King to try and pull out some nuggets that help us all understand ourselves a little bit. But perhaps there is one final piece of advice, a mistake from which we can all learn and it is something that most of us are already avoiding. Something that instantly improves our businesses and our self-development.

Don’t run a business whilst on crack cocaine!

There maybe a documentary crew willing to film you do it, but there is a limit to the marketing benefits it will bring!!!🤣

Tiger King: Murder, Mayhem and Madness is compelling if tragic TV in which nobody wins in the end. No-one comes out of it unscathed, not the zoo owners, Carole Baskin, Joe and certainly not the Tigers. That is the greatest tragedy in all of this, that the most beautiful, regal and innocent characters – the big cats, are reduced to bit part players and treated with contempt and cruelty.

If you haven’t watched it yet, you won’t be disappointed and you probably won’t be quite the same afterward! 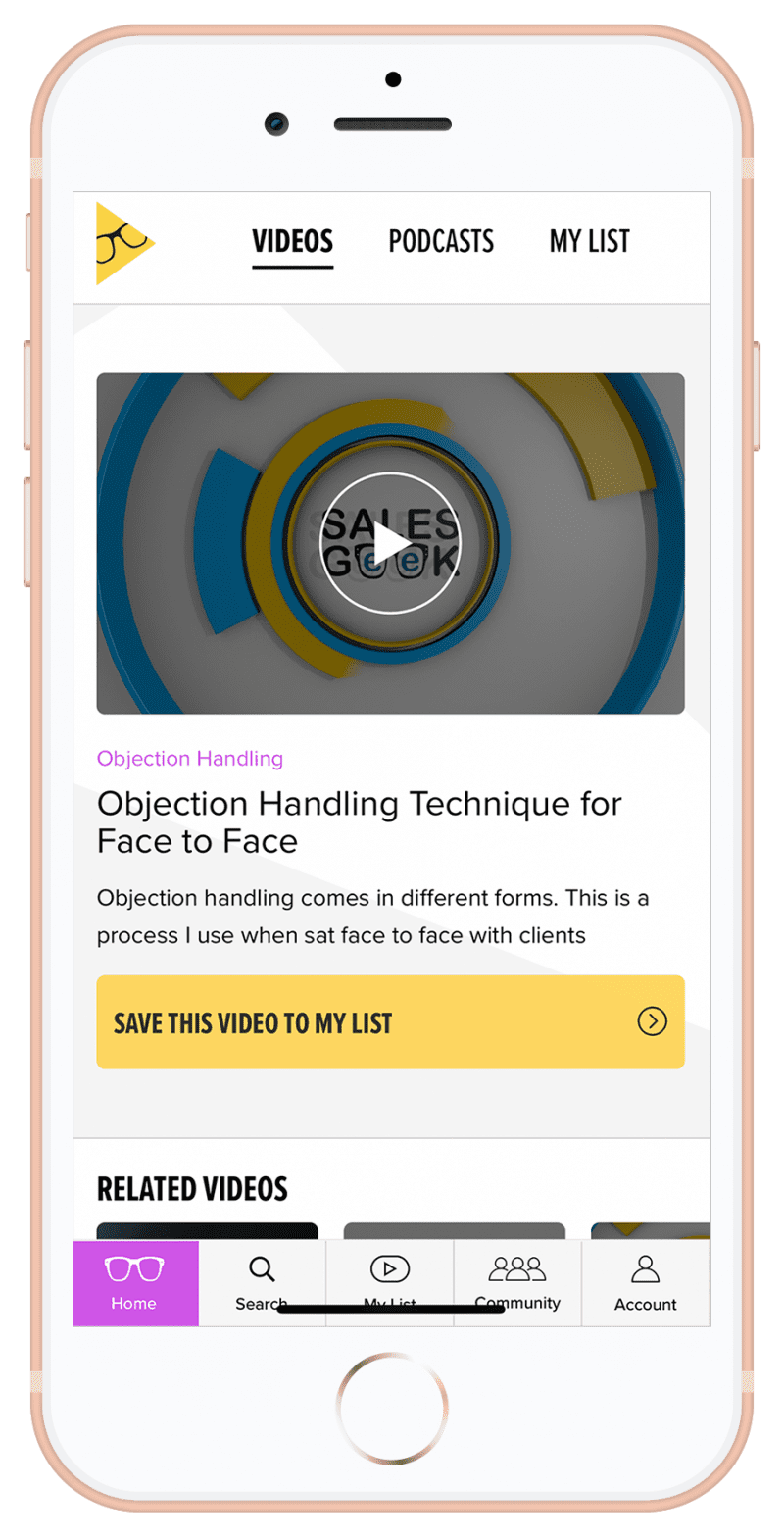 The Sales Geek Hub™ is NOT a sales platform.
It is a platform for sales people. And that makes a difference.
In order for you to be the best you can be, swotting up on the best sales knowledge can only ever be part of the equation. So if you need to know more about qualifying, for example, then you’ll find all you need in the Hub. But there’s so much more to it than that.

The Sales Geek Hub™ is where we can help you grow your monthly numbers. But much more than that, you can pull together all that’s on offer to help you grow as a sales PERSON.

Available on The App Store and Google Play now!

GEeky leadership lessons from ted lasso Ted Lasso is our type of Geek and we have so much to learn from him Ted Lasso is the story of a Kansas football coach who gets tapped to coach a pro English soccer team — despite the fact he knows very little about the game. The original...
View Article

GEeky leadership lessons from ted lasso Ted Lasso is our type of Geek and we have so much to learn from him Ted Lasso is the story of a Kansas football coach who gets tapped to coach a pro English soccer team — despite the fact he knows very little about the game. The original…
View Article 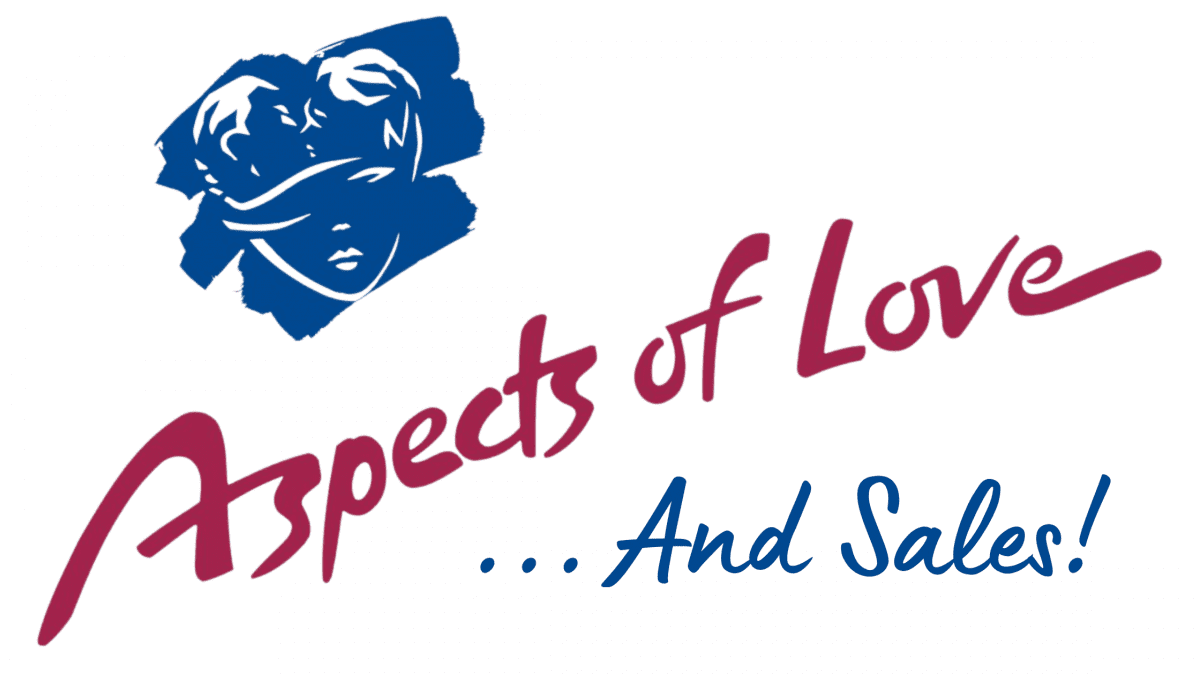 Aspects of Love and Sales: a geeky guide to selling this Valentine’s Day

Aspects of Love and Sales A Geeky guide to selling this Valentine’s Day Valentine’s Day is almost upon us. We asked two amorous Geeks to think about sales as an aspect of love. And they didn’t disappoint. Given their anecdotes below we aren’t sure you should take relationship advice from Sarah & Simon but we...
View Article

Aspects of Love and Sales A Geeky guide to selling this Valentine’s Day Valentine’s Day is almost upon us. We asked two amorous Geeks to think about sales as an aspect of love. And they didn’t disappoint. Given their anecdotes below we aren’t sure you should take relationship advice from Sarah & Simon but we…
View Article 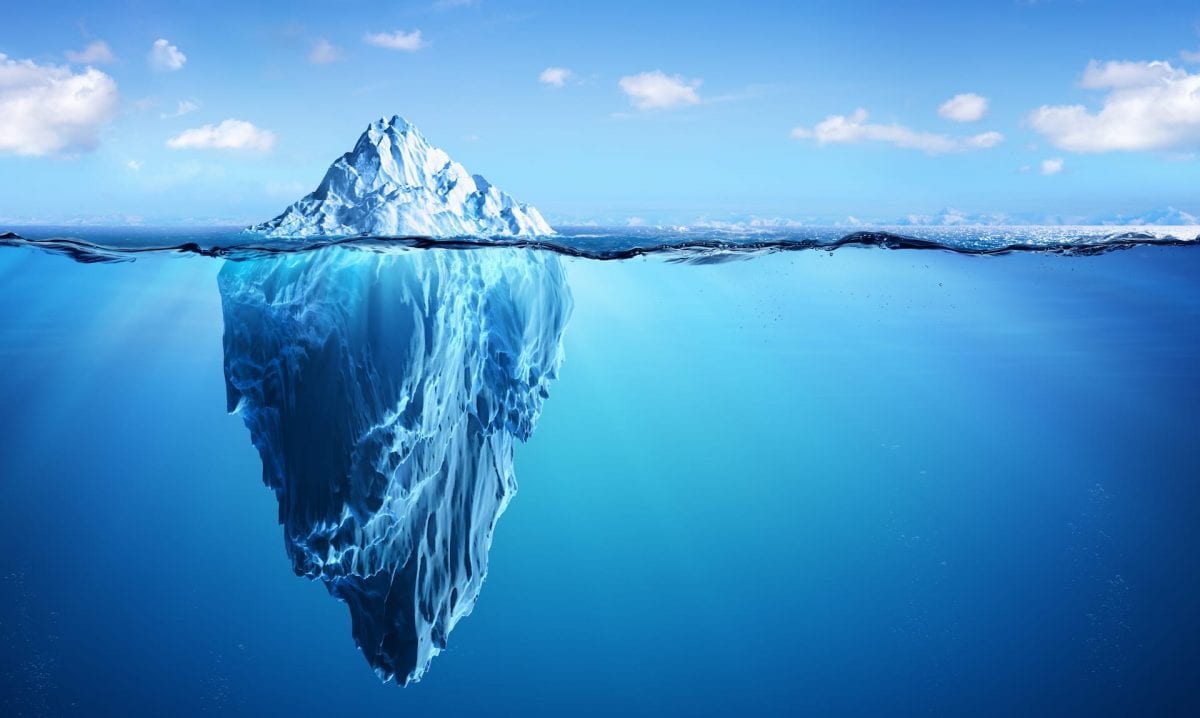 The One Thing Guaranteed To Grow A Successful Business

WHAT DOES IT TAKE TO GROW A SUCCESSFUL BUSINESS? The one thing everyone is missing… Is there a magical silver bullet for success? One of the paradoxes of life is: received wisdom says that there is no easy route to success. There is no cheating the system, there are no magic beans or one single...
View Article

WHAT DOES IT TAKE TO GROW A SUCCESSFUL BUSINESS? The one thing everyone is missing… Is there a magical silver bullet for success? One of the paradoxes of life is: received wisdom says that there is no easy route to success. There is no cheating the system, there are no magic beans or one single…
View Article