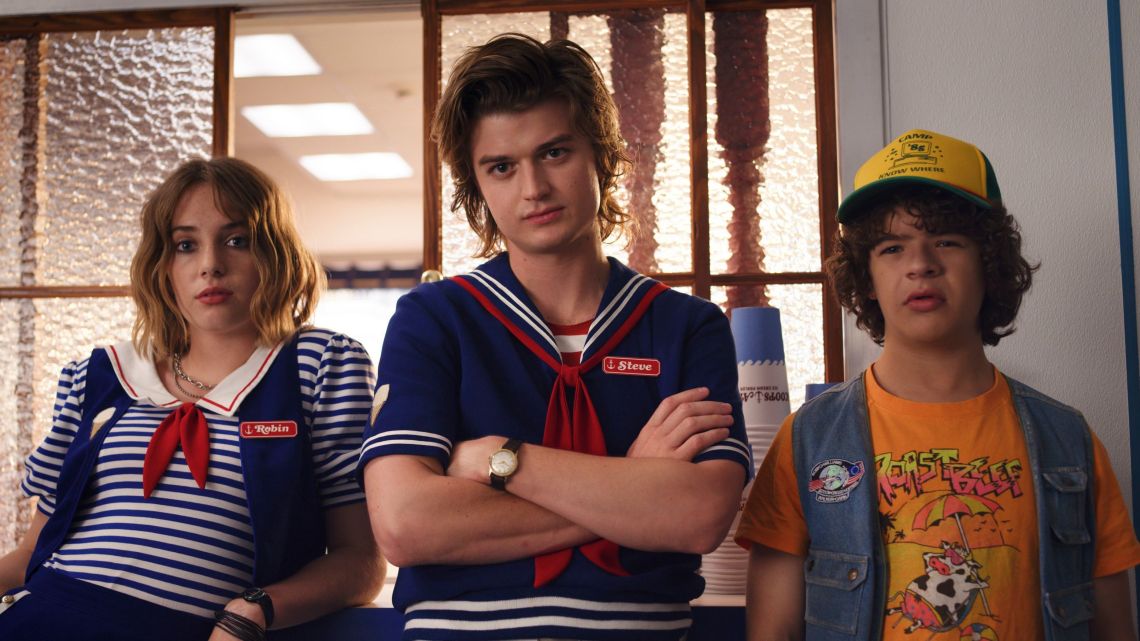 It’s back and it has some lessons to teach us.

Stranger Things returns on Netflix today for a 3rd season and we are pretty damn excited about it at the Bunker. It is such a cult show but like every other piece of great art, Stranger Things perhaps has some deeper meaning and can actually help inform our day to day lives. We think it really has something to say about how we do business; so here are Eleven (it couldn’t be any other number really) Ways Stranger Things Helps Us Do Business.

1. Geeks Can Save The World

Stranger Things celebrates outsiders and their ability to see what others can’t. Being a Geek, (like the kids in Stranger Things are) is a state of mind. It’s about knowing that you are different and ultimately finding out why and embracing it. If you can find and embrace your strangeness, and unleash it, then it can take you and others on a journey you could never have imagined otherwise and onward to points unknown. That is how we save the world. Unleash your inner Geek today!

“Friends don’t lie” is Eleven’s oft repeated mantra as she tries to navigate a vastly more complex world to the one in which she had been confined. Our heroes live by it every day too. They learn to communicate, to disagree on things and make mistakes. They accomplish their missions united, banded together in trust and will defend each other implicitly. It’s not easy to face what they do but it would be impossible without friendship.

It’s fantastic to have friends. It’s even better to truly know who our real friends are: they are the ones that don’t lie, simple really!

3. Tap Into Your Emotions

At Geek we talk often about emotional selling (we even have an emotional selling training course) and we are massive advocates for nurturing our empathetic side so we can truly see how we can add value to our clients and customers. It’s always a positive if we can make an emotional connection with our audience and Stranger Things does just that.

It taps into that 80s vibe that is so evocative for many of us. It is E.T. and The Goonies, The Breakfast Club and Ghostbusters. It crams in so many cultural reference points that we can’t fail to be bowled over by the nostalgia of it all. It’s that emotional connection that is at the heart of the shows success.

Authenticity is at the heart of good business. It is doing what you say you will do, it’s reliability and trustworthiness. It makes your business relatable for so many, encouraging engagement and earning you fans and advocates. If your identity isn’t authentic then we truly think people can smell it, there will always be something that feels (and smells) ‘off’.

Take Hawkins Laboratory it really isn’t what it says it is and that, as much as opening a portal to another dimension, doomed it to failure!🤓

Check out this article by Rustin Hanks, the CEO of TapInfluence for more on the importance of Authenticity in business. I mean watch Stranger Thing first but by all means check it out!

5. One Mis-step Shouldn’t Define Your Journey

Stranger Things Season 2 was brilliant, it felt more like a fantastic movie sequel with a similar feel to the first one that made us feel comfortable all the while moving the narrative on. Except it had that little stumble in episode 7: The Lost Sister, where Eleven ventured to Chicago and got a ‘new look’. The new look was cool, but the rest of the stand-alone episode was like a bum-note in Mozart’s 41st.

The lesson here is that we all make mistakes, but we shouldn’t be defined by them. Stranger Things Season 2 was still epic, why get hung-up on the one episode? Let’s learn from our mistakes and move on with our own epic movie!

6. The Upside Down Is Real, Let’s Deal With It.

You may not believe it, but The Upside Down exists and it’s all around us. It’s a dark place, where we find it almost impossible to communicate. It’s a place where we feel vulnerable and ignored. And if we put it that way it becomes somewhere that sounds a lot more familiar. It’s a different thing for different people, to some that sounds a lot like depression, to others it’s that frustration of not being heard or trusted at work. The thing is, every single one of us has been to the Upside Down and we need to stop ignoring it and start working out how we can navigate it far, far better than we currently do.

To do that we must learn to communicate better, in business as in life. Great communication can change the world. It takes intelligence and innovation. You need perseverance, but most of all you need love and empathy to communicate effectively.

One of the most enduring images from Stranger Things is watching Winona Ryder’s Joyce trying to communicate with her missing son, Will through their Christmas lights. What strikes us is that Winona is innovative, gritty and resilient and instinctively understands that we must try to reach through to the otherside, whatever, demons we worry it might hold.

Most of us like to ignore the darkness. It’s easier to pretend it isn’t there, park it in the ‘too hard to deal with pile’ and carry on ‘as normal’. It’s even easier to do this when everywhere we look, especially on social media, is everyone’s best version of themselves. It can lull us into thinking that there aren’t demons lurking. Now of course optimism should trump pessimism but wouldn’t we all feel safer if we knew there were dangers and could prepare ourselves (maybe with a nail-bat just like Steve’s), rather than be eaten whole by an unseen demogorgan?

8. Small Can Be Mighty

Are you a massive organisation with trillion dollar budgets, hundreds of highly trained scientists and security experts who are trying to keep rampaging demogorgans at bay and understand a malevolent ‘other dimension’ that you have somehow given access to your world?

Yeah! Better call the kids. The CIA, FBI, NSA and local Police Dept aren’t going to save you. You need a load of misfit kids and one girl with special powers hidden in an unimposing package.

Maybe we could learn some lessons from all this?

9. Growing Up Can Be Painful

In Business, as in life, growing up can be painful. 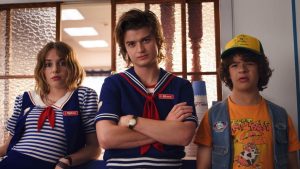 Stranger Things is a coming-of-age drama. Our heroes are developing into adults all the while overcoming great obstacles. There are multiple parallel stories that run through the show. Some are typical of the challenges that face all kids and some are more extraordinary, fantastical and larger in scale like facing the dangers of the Upside Down.

Like real businesses today, they’re facing micro and macro challenges and problems mundane and fantastical all at the same time.

Ultimately the show is not about getting swamped by all these challenges. Rather, it’s about learning from them and still growing as a result. And that’s something we can all do.

Our heroes have some pretty geeky skills but they are all different. Mike, is the Dungeon Master because of his encyclopedic knowledge of Dungeons & Dragons. It means he is pretty adept at the many puzzles the team has to unravel. Dustin’s alias is the Compass Genius because he has innate geographical sense and skills. Steve can wield a mean nail-bat, we could go on. But none of these skills would work on their own, when battling an interdimensional force. However, collectively they can, (just about) get by even when the odds are stacked against them. They band together and as in business it’s the unity of the team which serves as a safety net for when the things get tough.

It wouldn’t be a Stranger Things list if it consisted of any other number.

So here it is. Hope you enjoyed it and you found some little nuggets in there. We’re off to go and get hold of some Eggo Waffles.

Enjoy and watch out for ‘mouth-breathers” 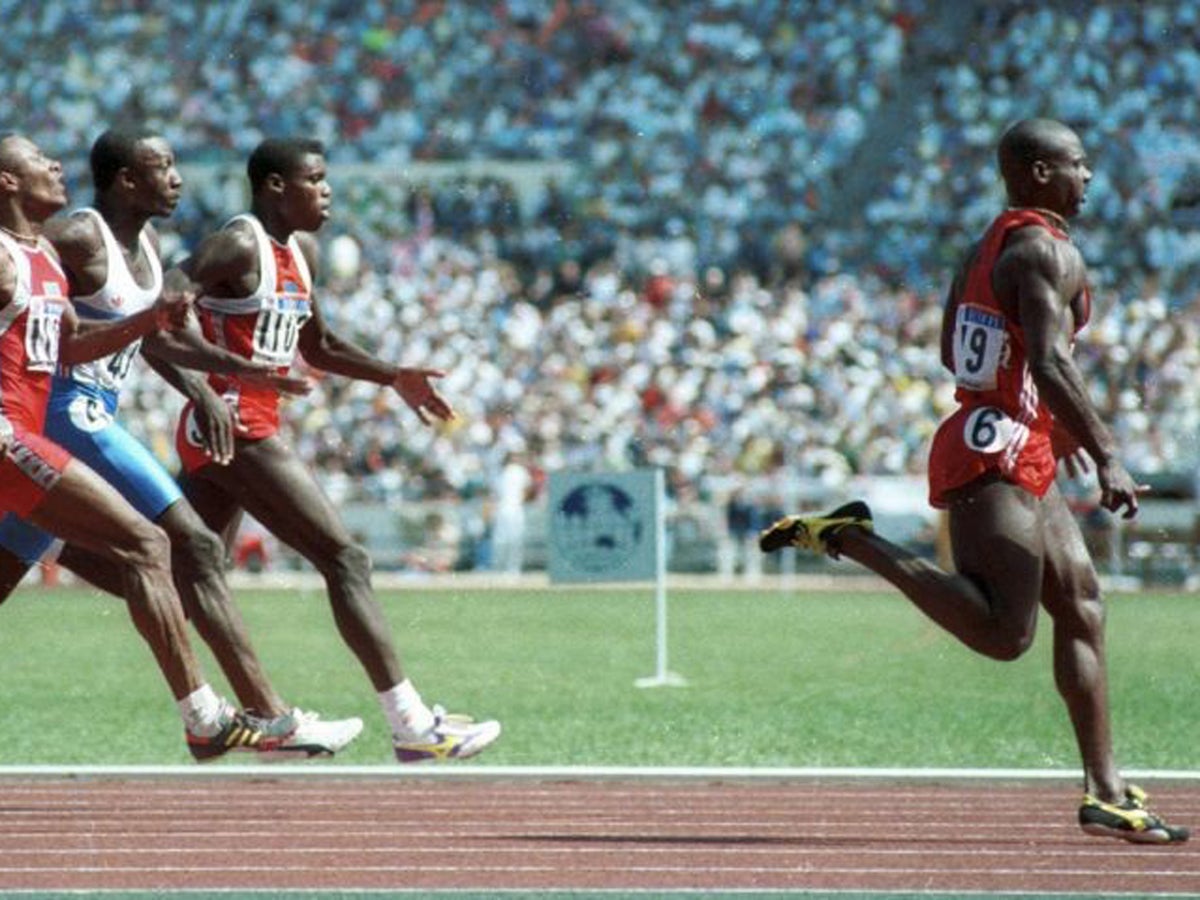 OUR DAILY OLYMPIC MOMENT: 4 Faster, Stronger and HIGH… When the dust settled FOUR men had run under 10 seconds. Fuelled by a fast track (amongst other things!), the finest, fastest athletes in the world had sprinted into infamy. Tweet About me Some say that our Secret Geek is half Canadian, was once kidnapped by...
View Article

OUR DAILY OLYMPIC MOMENT: 4 Faster, Stronger and HIGH… When the dust settled FOUR men had run under 10 seconds. Fuelled by a fast track (amongst other things!), the finest, fastest athletes in the world had sprinted into infamy. Tweet About me Some say that our Secret Geek is half Canadian, was once kidnapped by…
View Article 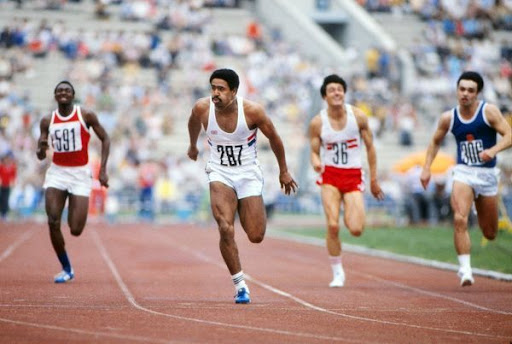 OLYMPIC MOMENTS: 5 THompson’s twin wins Later that evening atop the podium, God Save the Queen blaring out, the Union flag being raised, Daley, seemingly without a care in the world, whistled along. Tweet About me Some say that our Secret Geek is half Canadian, was once kidnapped by Norwegians in Paris and snogged a...
View Article

OLYMPIC MOMENTS: 5 THompson’s twin wins Later that evening atop the podium, God Save the Queen blaring out, the Union flag being raised, Daley, seemingly without a care in the world, whistled along. Tweet About me Some say that our Secret Geek is half Canadian, was once kidnapped by Norwegians in Paris and snogged a…
View Article 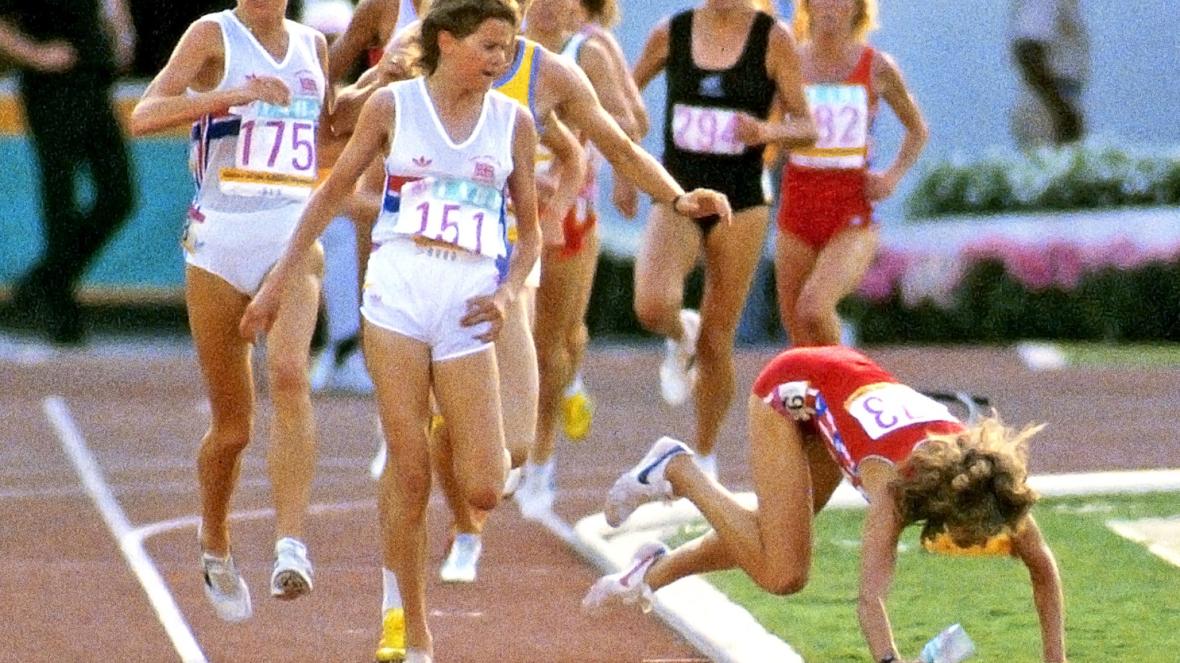 OLYMPIC MOMENTS: 3 A Budding Career, Decked She was a kid. It was easy to forget that as we all passed judgment on her. Tweet About me Some say that our Secret Geek is half Canadian, was once kidnapped by Norwegians in Paris and snogged a Hollywood actress. All we know, is that he is...
View Article

OLYMPIC MOMENTS: 3 A Budding Career, Decked She was a kid. It was easy to forget that as we all passed judgment on her. Tweet About me Some say that our Secret Geek is half Canadian, was once kidnapped by Norwegians in Paris and snogged a Hollywood actress. All we know, is that he is…
View Article